This is what’s left of one of Laie’s landmarks.  I was on my way home from a photo shoot and decided to jump out and snap a shot as this little inn came down.  When I set up my tripod to take some shots, I was surprised when my van was surrounded by 4 cop cars.  I asked what was going on and they said they had received a call that a guy was loading a gun in his van across from Laie Inn.  Either someone mistook my camera for an assault weapon, or someone didn’t want me taking the photos, or someone was playing a practical joke.  I don’t know, but it made for an adventurous photo op. 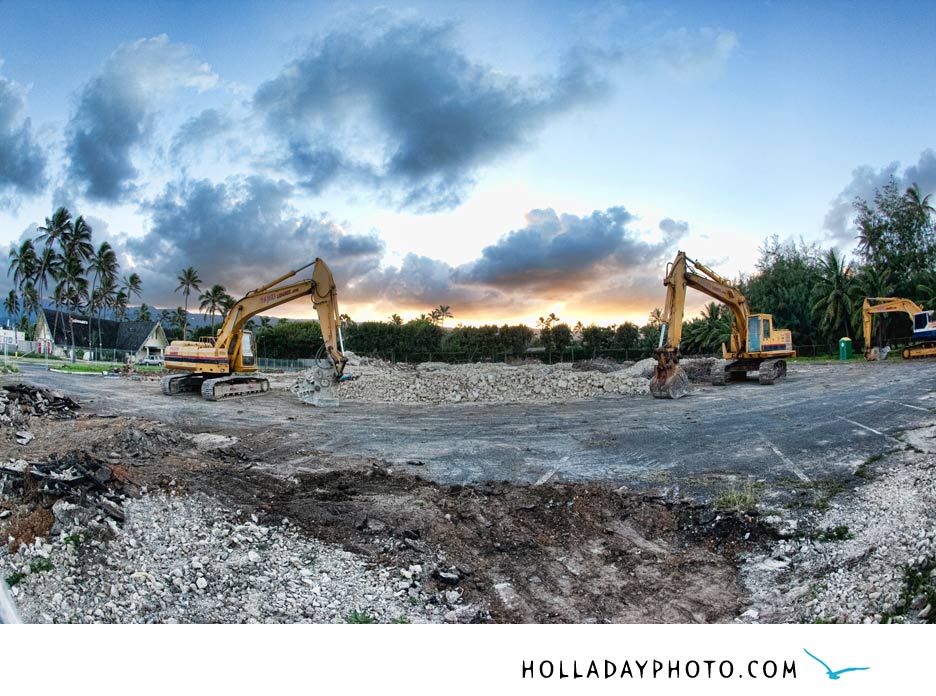 Call to schedule a shoot